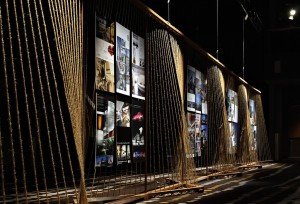 One of the very great privileges of my position on the Queensland chapter committee of IES – The Lighting Society is that I have the opportunity to light some key architecture events around Queensland.

Each year the Australian Institute of Architects (AIA) holds seven Queensland regional awards, leading up to the Queensland State Architecture Awards.  In 2013 these were held at the Brisbane Convention and Exhibition Centre, on Friday 21 June.

The AIA appoints a ‘creative director’ for each awards event – this year’s being Richard Kirk Architect (Kirk).  The creative director’s job is a challenging one:  Not only do they have to come up with an exciting concept to wow their peers – they also need to do it on a very tight budget; and typically have to install on the morning of the awards, and pull it down that same night!  The design also needs to accommodate up to one hundred A1-sized poster-boards of the award entries.

Katy Roberts and the team from Kirk met this challenge with a striking sculptural design in timber and sisal (hessian) rope.  The timberwork was beautifully assembled to Kirk’s design by the joinery team at Duce, with the rope-work painstakingly (painfully?) completed by hand by the Kirk team.  The rope ‘walls’ were to hem in the large and rather impersonal function space to a more intimate one.  These walls being essentially transparent, it became the job of the lighting to create the illusion of  a solid element – hiding the empty space behind.

The lighting design had to work on a shoestring not only because of limited budget, but also due to the very restrictive weight limitations of the rigging that supported the rope walls.  Ultimately the desired lighting effect was achieved with:

The light worked just as intended:  Though the walls were in fact 90% open (and one could look straight through to the empty space behind) with lighting they became ‘solid’ and defined the space.  Careful placement and aiming of the lights revealed and enhanced the sculptural forms of Kirk’s rope walls, and the display boards were given pride of place.

It was a great privilege to work with Katy and the Kirk team on this year’s event, and I look forward to a new challenge on the 2014 event. 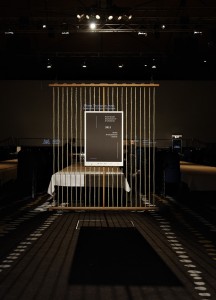 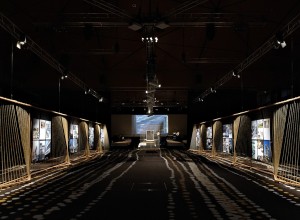 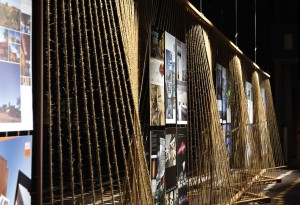 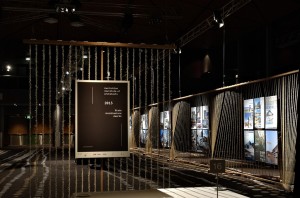 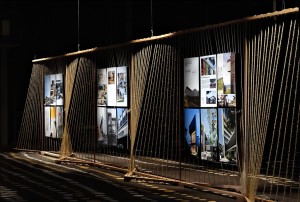 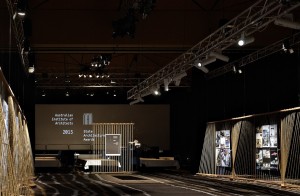 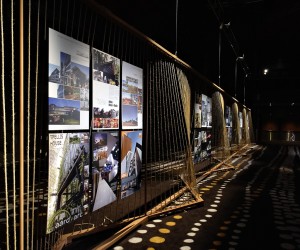 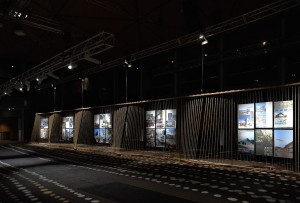 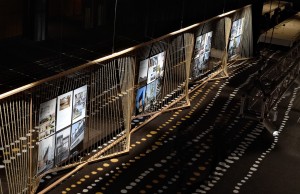 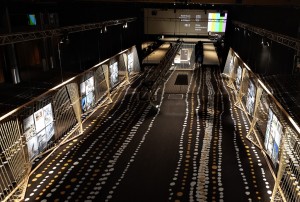 « Assessing Indoor Environment Quality via Maslow’s Hierarchy of Needs
The Architect, The Engineer, and the Film Crew »